Now there was a Pharisee, a man named Nicodemus who was a member of the Jewish ruling council.  He came to Jesus at night and said, “Rabbi, we know that you are a teacher who has come from God. For no one could perform the signs you are doing if God were not with him.”  (John 3.1-2)

His religious commitment was not in doubt, he was an experienced interpreter of the Scriptures and he followed a demanding rule of life. A teacher and a thinker, he was well-organised, thorough, competent and well-respected. This may be supposed from Nicodemus’ identity as a Pharisee and member of the Sanhedrin. He responded to Jesus’ teaching in a thoughtful, questioning and respectful way, rather than feeling threatened and trying to outdo him or trip him up, as were some of his fellow Pharisees. 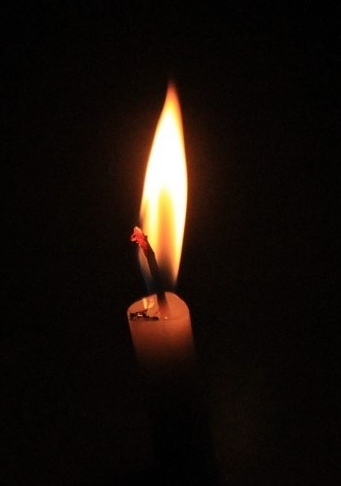 As a result of his position, he had good reason to approach Jesus under cover of night and out of public view. Yet John’s Gospel also marks off darkness from light symbolically. Jesus himself claimed (and was immediately challenged by the Pharisees), ‘I am the light of the world. Whoever follows me will never walk in darkness, but will have the light of life (John 8.12).

Can humans reach out to God, whose Spirit, ‘the wind of God’ was present at creation? No. ‘The wind blows wherever it pleases.’ Instead, God has come to us and can bring about a rebirth and a restoration of the relationship of trust between God and humankind.

Rabbi to rabbi: not understanding but trust

At first Jesus explains in Nicodemus’ own terms: an interpretation of the Torah. The Israelites under Moses, suffering a deadly disease in the wilderness, a consequence of their own lack of trust in God, were invited to acknowledge this and, by faith, receive life  (Numbers 21.4-8). Just as Moses lifted up the snake in the wilderness, so the Son of Man must be lifted up, that everyone who believes may have eternal life in him. (John 3.14-15).

The Gospel in a nutshell

John 3.16 Breath-taking in its simplicity. It tells of the trust that was built into creation once more becoming a reality. The door stands open. How can this be? It is by the very nature of God, who is love. It is a gift, which becomes a reality when received in the grateful acceptance that is faith.

For God so loved the world that he gave his one and only Son, that whoever believes in him shall not perish but have eternal life.

And Nicodemus? He is referred to twice more in John’s Gospel, in each instance with the explanation that he had first come to Jesus by night. In both cases he identifies himself clearly with Jesus, while doing so by means of the law and ritual in which he had been trained. In the first he questions the conduct of his own colleagues towards Jesus, only to be turned on scornfully as being himself one of Jesus’ followers (John 7.50-52). In the second he anoints the body of Jesus at his death and assists Joseph of Arimathea at His burial (John 19.38-42).

In view of the secrecy surrounding his first meeting with Jesus, is it not also likely that it was Nicodemus himself who was John’s source for the wonderful account of that meeting given in John 3?

The Diocese in Europe